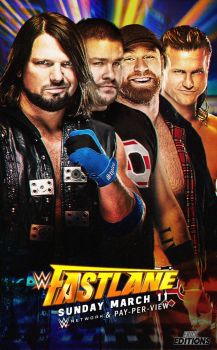 Fastlane, the final PPV before Wrestlemania, hit the WWE Network on Sunday, March 11, and there were plenty of surprising moments during the evening. The Fastlane event was a Smackdown brand-exclusive PPV featuring seven matches, in which every Smackdown title was on the line. Many of the results set up Wrestlemania matches for April as well.

During the event, we saw some comedic antics, insane maneuvers, and a possible severe injuries happen during the evening. If you're looking for the full results for Fastlane, make sure to check out GameSpot's coverage of the event. Here are some of the notable moments during the the PPV.