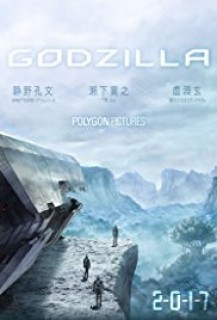 Years into the future and the human race has been defeated several times by the new ruling force of the planet: "kaijus". And the ruler of that force is Godzilla, The King of the Monsters. Humanity is in such defeat, plans to leave the planet have been made, and several people have been chosen to look at a new planet to see if it is inhabitable. Realizing it's not, though, the human race resorts to plan B: to defeat Godzilla and take back their planet.