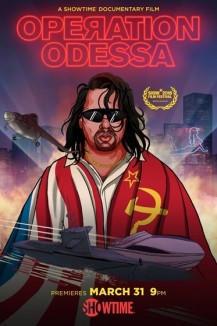 From the director and producers of The Seven Five comes Operation Odessa, a true crime thriller about a Russian mobster, a Miami playboy and a Cuban spy who teamed up to sell a nuclear submarine to a Colombian drug cartel. A gangster epic that hopscotches from Brooklyn to Miami and Cali to Moscow, the documentary tells the story of three friends who set out to hustle the Russian mob, the Cali cartel, and the DEA for the score of a lifetime. The tale became an international media sensation. But the truth about what really happened has remained an underworld myth - until now.