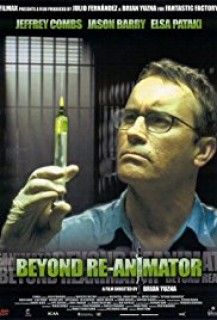 Everyone's favorite mad scientist Herbert West is currently in jail after having state's evidence turned against him by his former assistant, Dan Cain. While being led away, some re-agent falls from his pocket where it is picked up by a young man who was camping nearby. The young man finds Herbert down in his jail cell and learns for himself just what the re-agent is capable of.