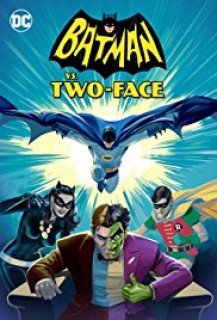 Former Gotham City District Attorney Harvey Dent, one side of his face scarred by acid, goes on a crime spree based on the number '2'. All of his actions are decided by the flip of a defaced, two-headed silver dollar.